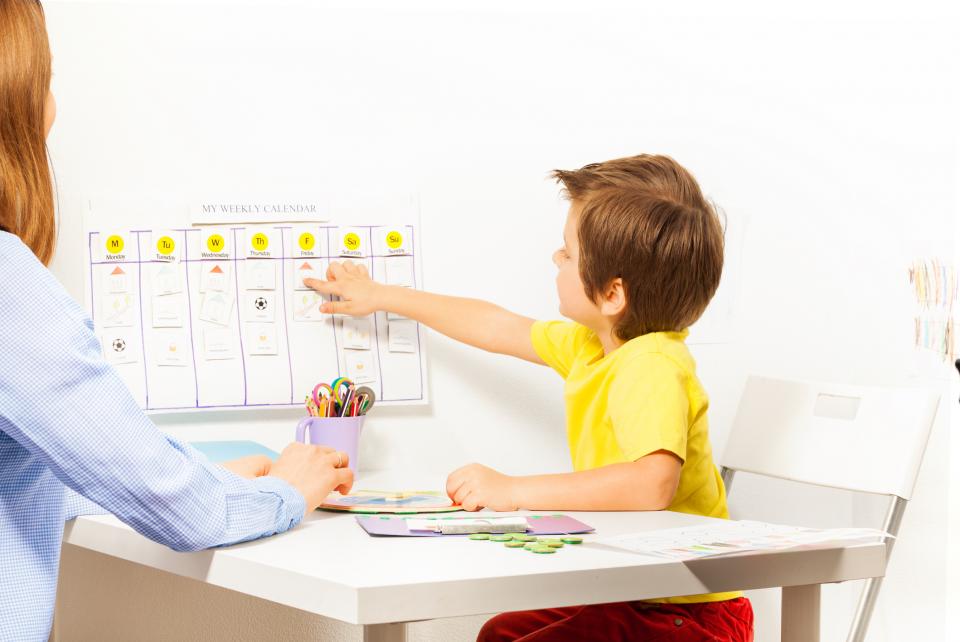 Antecedent-Based Intervention (ABI) is just one of 27 evidence-based practices used in Applied Behavior Analysis (ABA) therapy for children with autism.  Today we will be discussing ABI and how it is utilized to bring about positive changes in behavior.

To understand ABI, you must first understand what an antecendent is. When a Behavior Analyst wants to bring about positive changes to a behavior, they must first ‘analyze the behavior’. In order to do this, they use the basic model of ABC:

Antecedent – what happens immediately before a behavior occurs.
Behavior – the observable behavior or response of the child.
Consequence – the event following the behavior which may increase or decrease the future occurrence of the behavior.

Now that you know the role an antecedent plays in the making of a behavior, it will be easier to understand what ABI looks like. ABI are a collection of proactive strategies that modify the environment or change components of a setting that generates a maladaptive behavior. Your goal in ABI is to identify what is triggering a behavior, then change your approach to prevent the anticipated behavior from happening. ABI can assist a child with autism in feeling prepared and in control.

Here are three ABI strategies that could be used in the example above to decrease the likelihood of Sammy’s verbal protest behavior occurring.

Visual Cues: Sammy’s RBT therapist could provide Sammy with visual support in the form of a list which shows her all the morning routine tasks to complete and lets her know when ‘brushing hair’ will occur. Sammy would review this list with her RBT therapist prior to starting her morning routine. Visual supports help children with autism reduce anxiety by letting them know what to expect and when to expect it.

Offer Choices: Sammy’s RBT therapist could also provide choices for when to complete ‘brushing hair’ by saying,“Would you like to brush your hair before or after you eat breakfast?” Offering children with autism choices and respecting their chosen choice helps them feel a sense of control in their lives.

Change the Difficulty of the Task: Maybe Sammy’s verbal protest behavior is happening because she finds ‘brushing hair’ too difficult or possibly painful. Using a detangler in her hair prior to brushing it could make her hair easier to brush and be a simple fix to the problem.