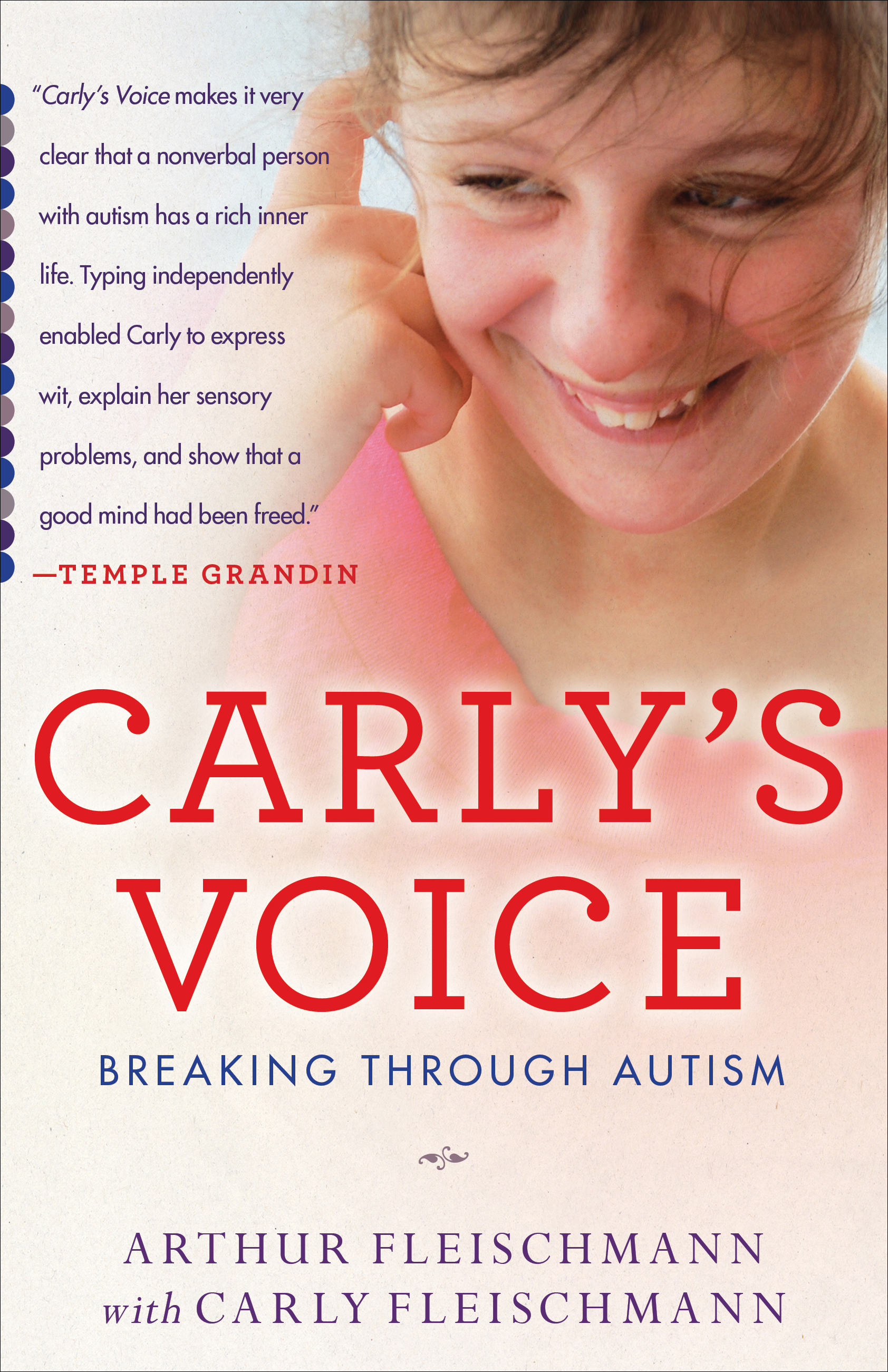 “Everyone has an inner voice. I found a way to let mine out”- Carly

Carly Fleischmann surprised the world when, in 2012, news stations shared the story of her life and her new found voice. At the age of 11 years old, Carly, a child diagnosed with severe autism, exhibited many challenging behaviors such as head banging, body rocking and extreme tantrums. In addition, she was diagnosed with verbal apraxia, a condition in which the brain struggles to send messages to the mouth in order to produce speech. These impairments make it difficult for Carly to function in her everyday life, with one of her biggest hurtles being her ability to communicate with others. That was until Carly discovered she could talk to people using a computer.

Remarkably, one day she just began typing words that she was feeling, and this new found ability to use her computer to connect with the outside world improved more and more with the help of her Autism Therapists.

Through her writing, Carly explains how it feels to have autism and advocates for others with the condition. Carly became so fluent in using the computer to communicate that she co-wrote a book with her father, created a blog and attended college to obtain a journalism degree.

Now, at the age of 21, she is the first person with autism to have their very own talk show, ‘Speechless with Carly Fleischmann.’ During her talk show, Carly uses an augmentative communication device to interview famous and influential people. The first person she had the opportunity to interview, which she shows is an obvious crush of hers, Hollywood Star Channing Tatum. Carly’s audience loves her comical, spunky and honest nature. She is an outstanding role model for other children, teenagers and young adults with autism, allowing them to see that their autism should never be a barrier in achieving their goals.